Hit enter to search or ESC to close

I had the delightful opportunity to interview a brilliant author from Warwickshire in England. Robert’s books are enjoyed by many people around the world and the many 5-star reviews speak for themselves. I have recently read his very popular Ripper Legacies and can not recommend them enough. 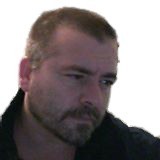 How long have you been writing and what made you want to be an author?

I have been writing seriously since 2012. However, with a young family, the time to write is not always as simple as you would think. If those years were compacted down into a full-time job, then I would imagine I’ve only actually dedicated about two years to my craft.

What made you want to write in the Historical Fictional genre?

What makes you want to get up in the morning? It definitely isn’t the fame or scantily clad females knocking on my door. It is an inner urge, the compulsion to create characters and plot. As for the genre, I have a natural interest in the past and I generally feel drawn to history. That said, my current project is more of a challenge as I am placing a toe in the freezing lake of fantasy. It is quite exciting and terrifying in equal measure.

Have ever thought of writing in any other genre?

As I have alluded to in my previous answer, I have already begun work in another genre. I have quite a number of projects planned some are within the historical fiction genre, but equally quite a few will take me, and hopefully my readers, on a different journey.

Who are you inspired by?

In writing it would be the likes of Terry Pratchett, the wit and genius of the man always amazed me. Historical fiction writers such as Cornwell, Scarrow and other indy authors such as Paula Lofting, C R May, Robert Bayliss and many others. Each bring an independent style and voice. They make you think of your own work and how to improve.

How much time do you spend writing and how many books do you release a year?

Unfortunately, nowhere near the amount of time that I need to. I’m only releasing one a year at the moment, but plan to increase my productivity.

What is your latest book? And can you tell us a little bit about it?

My last book released was The Reaper’s Kiss. It is the third instalment of a series about Jack the Ripper. People who know my work, know that I don’t go down the usual route when creating a story around historical figures. It would have been easy to simply pick a character and bend the evidence to claim ‘Ooo look I’ve solved the Ripper case.” I’m a storyteller, not a detective and so I weaved a fictional tale, which I hope the readers will like.

Can you tell us of anything that is the pipeline?

I am currently working on a series called ‘The Sacred Throne’ It will be my first foray into the world of historical fantasy, with a heavy leaning towards fantasy. I suppose you could see it as a kind of Trojan war / Game of Thrones coupling. Lots of plotlines, vibrant characters and even a little humour. It is a massive task I’m taking on, fingers crossed that I can deliver the idea to the reader.

Do you have any promotions on now?

I tend to run a promotion every month. One has just finished for the first book of my Jack the Ripper series. I have one planned for The Spartacus Chronicles next month.

Do you have any tips or advice to aspiring writers?

Write for the love of writing. Don’t expect to be the next George R. R. Martin, but you could be the next ‘you’.

Well, there you have it folks – words from the popular historical fiction writer Robert Southworth. To learn more about the author you can visit his site: http://www.southworthauthor.com

Prior to writing the Ripper books, Southworth was best known for his Spartacus Chronicles, a great insight into history and from the mind of an incredibly talented storyteller.

Talons of an Empire By Robert Southworth

What path might history have taken if Spartacus had made it through the slave rebellion in 73 BC alive? What might he have achieved—and what blows might he have rained upon the Romans?

This fast-paced novel, filled with brutal gladiatorial combat, reimagines the events of the period—and offers a compelling read to those who enjoy action, adventure, and history.

Keep updated about the latest from me. Book Reviews, promotions and exclusive content. To say thank you for subscribing I will send you a FREE digital copy of my psychological thriller LET ME OUT.